MCM Rail Video's president, Craig McDowall has been a railfan since the age of five when he got his first wind up toy train for Christmas. Two Marx electric trains sets followed under the Christmas tree over the next four years. His parents recognized his love of trains and would take him and his sister out on Sunday afternoons for picnics by the Fraser Valley train tracks. 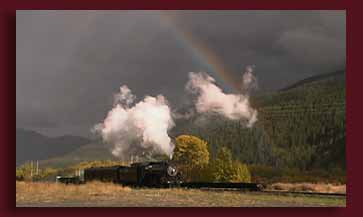 By the early 70's, he renewed his avocation for trains when he bought his first super 8 film camera (a Nizo Super 8 model) and chased special steam excursions all over the Pacific Northwest.  Being that sound is so important when watching a steam engine, he used a Sony Walkman Pro cassette recorder with two shotgun mics to capture the all-important rumbles, chugs and whistles of the trains passing.  In 1986, he bought the first generation Sony Video 8 camcorder and continued (when time permitted with a growing family) to shoot special rail events. As railroads began to amalgamate, Craig would get out 'in the field' to capture the 'falling flags' before they disappeared.

In 1995, he upgraded to Digital Video and utilized that format until recently embracing full High Definition video in 2008. 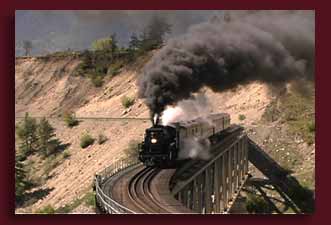 Craig is now in the process of transferring all the Super 8 film from the 70's and early 80's (utilizing a very special, professional frame by frame process) along with the full sounds to create more available DVD's. Next to be edited will be the material shot in the 80's and 90's. 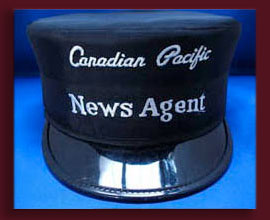 Completed projects will be available on this website with sampler clips uploaded to numerous train enthusiast sites, such as "bigtimesteamfan" on Youtube.com, or as "spdaylight" at Trainorders.com or Rail-Videos.net.

Additonally, come back here often to uncover one-of-a-kind memorabilia for sale at our Canadian & US Railway Antiques page. Many rare collectables from Canadian Pacific Railway, CN and miscellaneous antiques can be purchased here.

Craig is the former Chair and long time Board Member of the West Coast Railway Association which has a Railway Heritage Park in Squamish, B.C.; home of the Royal Hudson.  He is also a member of the Railroadiana Collectors Association and the Professional Videographers Association, in Vancouver, British Columbia, Canada.